MELBOURNE: A CITY OF GREAT TASTE
I will begin by saying that I loved Melbourne and my time there. Every last waking minute of it.

For lots of reasons it appealed to me in a way that Sydney did not. Not as pretty, certainly, but, there is a spirit to the place, gritty in parts, eccentric and laid back in a way that smacks of confidence of its place in the world. Unlike its NSW neighbour it is not desperately squealing to be noticed by more famous cities in the rest of the world, it is happy to revel in its position as a great Australian city. And trust me, it is a great Australian city.

In the same way I prefer the truly American city of Chicago to New York or Madrid to the theme park Spain of Barcelona, Melbourne appealed to me on so many levels. It just gets on with its daily life. A life which they are happy for you to be a part of, but not particularly concerned if you choose not to.

Lots of people in Sydney asked me what I thought of the city. In fact, they didn’t really ask me, they merely stated “ Sydney’s the greatest city in the world” and raised their voices at the end of the sentence in that slightly odd way that Australians do as if to ask for a reassuring agreement. No one in Melbourne asked me what I thought of the city although lots of people asked me if I was having a good time. They probably needn’t have bothered. It is would be a hard man indeed who could fail to have a good time in Melbourne.

It probably helped that I was staying with friends. In this case, my chum Adam, who combines the roles of parasitologist and food obsessive with consummate ease. With his lovely missus, Rebecca and their 15 month old destroyer of planets, Eric, they proved to be the most patient of hosts. Adam, who takes such matters very seriously, had also planned an itinerary that, he hoped, would show off Melbourne to its very best. He didn’t fail.

What can I tell you? With its huge immigrant population, Melbourne offers up some of the best ethnic food I have tried, well anywhere. And, being a relatively small city, it is all within easy reach on foot, by tram or by the slightly unreliable train system.

DAY ONE
After a late arrival the day before, we made an uncomfortably early start as Adam wanted to do some shopping down at The Victoria Market for a supper he was planning with his usual military efficiency.

Now, when people mention markets to me, I usually glaze over. Oh, I can look interested, but inside I am thinking of Natalie Portman lap dancing in Closer. But, The Vic’ Market is another thing altogether. Not huge, but perfectly formed and with an array of fresh produce that would pass muster anywhere in the world. 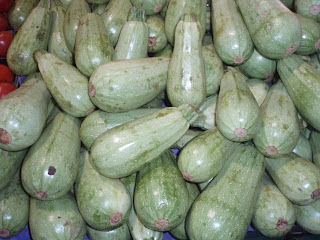 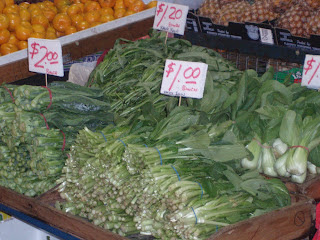 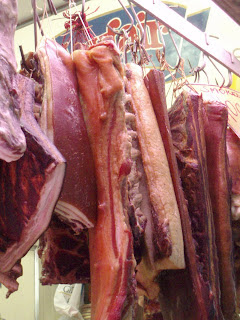 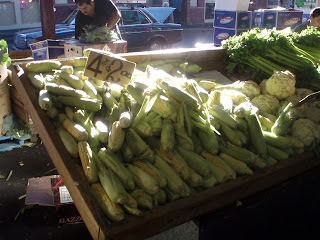 The Asian section particularly took my fancy and having my brainiac friend around to tell me what all the weird looking stuff was made it doubly interesting. Mind you, after about 15 minutes of looking at vegetables I was bok choi’d out and needed some brekkie

DROP DEAD WOW MOMENT NUMBER 1
Who knew? Well, obviously half of Melbourne. Adam took me into the market and up to a stall that proudly proclaimed itself “ Melbourne’s First Bratwurst Shop” 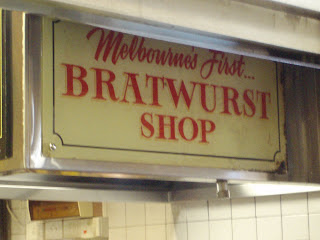 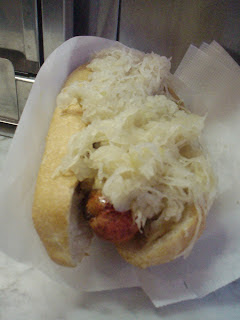 The queue was huge which is always a good sign and, when I fought my way to the front, I followed my strict instructions and ordered two large bratwurt with sauerkraut and German mustard. Gargantuan portions of excellent sausage, perfect sauerkraut and the slightly sweet mustard. The perfect breakfast. I was tempted to have another. Adam, knowing what lay ahead, warned me not to. I never did get another chance to have one and I regret it still.

The Prahan Market is less impressive. Adam told me it had been gussied up in the last few years and you can tell by the price of everything ( almost double that at The Vic ) and the sheer number of babystrollers. Talking of which, by this time, Rebecca had arrived with Mjolnir, I mean Eric, who was resting his lungs in preparation for bedtime and snoozing comfortably in one of said strollers and we headed over to Victoria St for lunch.

Victoria St is, of course, the spiritual home to most of Melbourne’s Vietnamese restaurants but we were not there for that. Adam, of course, had my Vietnamese experience all mapped out and ready for me later in the week. So, we winged it this time and did what all self respecting Melbournians would do. Yum Cha.

In the UK, of course, we go for Dim Sum, which is what you have at Yum Cha. Confused yet? Let’s just say there were dumplings involved. Pretty good they were too. No better than I am used to back home, but filling enough and cheap enough ( even taking into account the exchange rate which means you can buy a house in Australia for the same price you can buy a packet of crisps in London) to barely scratch a $20 note.

By now, Eric was waking from his sleep and pondering on a practice session for the dawn chorus and the rest of us were a little weary. So, we toddled off home to prepare for supper.

Now, Adam is not only a man with a brain the size of Shropshire. He is a true food obsessive. He spends an inordinate amount of time on Ebay buying handwritten cookbooks from The Raj by people with names like Ponsenby-Smythe and his knowledge of the history of food is unsurpassed by anyone I have every encountered.

He likes to cook too and does it as well as he bloody does everything else. Don’t you just hate people like that?

So, it seemed only fitting that I become his kitchen bitch for the night while he whipped up a Diana Kennedy style Mexican banquet. Obviously, Adam being Adam, it was only about 10 courses the finest of which was a fiery shrimp and cuttlefish dish which I am salivating about as I write. 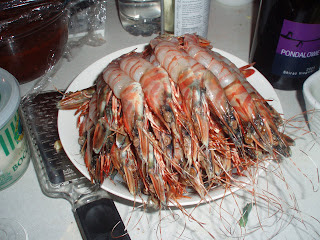 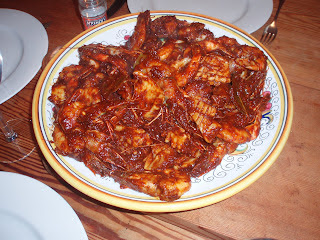 So that’s German, Chinese and Mexican in one day. Just about sums Melbourne up