MELBOURNE: A CITY OF GREAT TASTE
DAYS FOUR, FIVE & SIX & HOME
The next few days seem to whiz by in a bit of a blur which is always the way when you are reaching the end of a trip.

That being said, Adam, being Adam had it all mapped out and, thanks to him, we managed to cram a huge amount in to a relatively small amount of time.

DAY FOUR, saw us head back out to Victoria St for Vietnamese food. Quite rightly, Melbourne has a reputation for excellent Vietnamese offerings and when chose one at random, it turned out to be as good, if not better than anything I have tried back home.

Fresh spring rolls came with a large plate of herbs to roll them in, 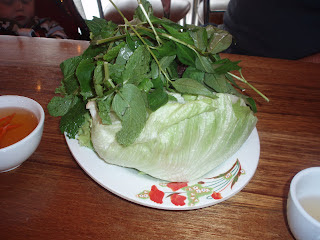 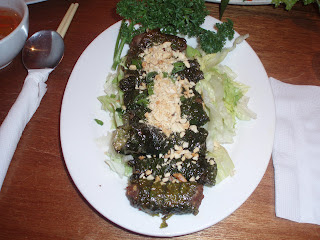 and a stuffed Vietnamese pancake (another new one) looked like it came from the same gene pool as a dosa. 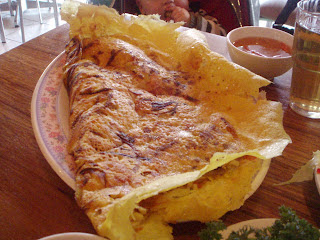 All very good indeed and for about £15 for the two of us made me realise why eating out is so popular in Melbourne. Quite frankly it is as cheap as buying food and preparing it yourself at home.

If Melbourne has a weakness, then it is probably at the high end level. Skimming through a restaurant guide that Adam had thoughtfully left in my room, it is obvious that, while there are a number of high end dining options, there is not the depth of a major city. People here seem to delight in the opportunity to eat well and cheaply. There is nothing wrong with that, but it does mean that the leap to the high end can be a shock to the system 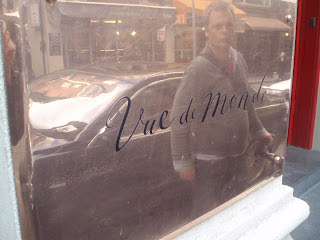 In every sense. It’s expensive by any standards (even London) coming in at about £100 per head. But, for that, you get imaginative food prepared with skill and an acceptable level of playfulness. I wont go on about the meal as I already have done on DOS HERMANOS, but it certainly provided an interesting counterpoint to the rest of what Melbourne has to offer.

DAY FIVE was a very necessary recovery day after the joys of a ten course meal with all the wines that that suggests.

In the morning, we took Eric, who by now had decided that I was to beaten up on sight ( usually that is only women and it takes them at least a month) to the zoo. Well that was our excuse. As Eric dozed happily in his stroller, the two accompanying adults “ooh’d” and Ah’d” over all the cute little animals. Melbourne Zoo is, in fact, rather lovely and a million miles from the old Victorian days of despondent creatures pottering up and down in tiny spaces. Here you have wide open spaced designed like the natural habitats. You have extensive educational programmes and knowledgable staff. It was a good way to pass a few hours. 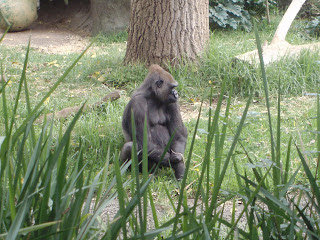 As indeed was a return to Sydney St to collect supplies for a barby. Ah, the barby. Perhaps Australia’s greatest contribution to the world of food. I used to publish the Weber cookery books in my old life and it seems, in Australia, it is almost illegal not to own a Weber or similar. Adam has one of course. A big old bugger it is too and that night we sat down to a plate of Kofta, Kangaroo and Italian sausage. 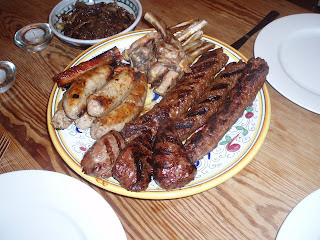 Can’t say the Kangaroo did much for me. I might skippy that one next time (see what I did there?) but it’s another one to cross off the list.

DAY SIX my last day in Australia not counting a day sitting at the airport courtesy of Quantas.

As I am, hopefully, a good little guest, I had offered to cook and Indian supper for Adam and Rebecca and a few friends.

But first, Adam had one more cuisine for me to try to try. As in London, Sichuan food seems to be all the rage Down Under as well. So, we headed off to Melbourne’s small and noisy Chinatown to Spicy Fish. 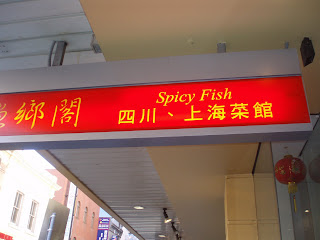 Eric, apart from now thinking that stabbing me through the heart with a chopstick would be the most efficient way to orchestrate my demise, also was intent in dipping said chopstick in the scary chilli sauce and then putting it in his mouth. While the devil on one side of me said “ let him do it then he will stop trying to beat the crap out of you” the angel on the other side won out and I took it off him. Cue, more screams and more attempts to beat me up. Kid’s eh?

Mind you, we were all screaming a few moments later when we dipped into a spicy fish dish, some chilli mud crab and a particularly harsh dish of ox tripe & tongue. Julian, Adam’s chum had joined us for lunch and was suffering more than the rest of us from those fiery Sichuan chillies. 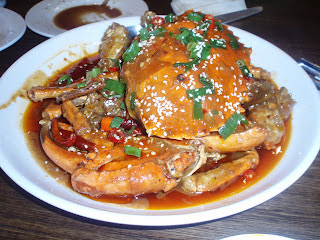 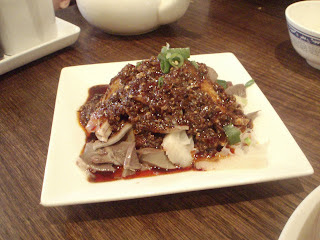 Added to the more benign spicing of the Indian meal that evening ( the usual suspects of vindaloo, korma, Dahl etc etc) 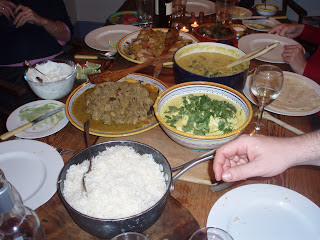 it promised to be an interesting journey on the way home both for me and anyone sitting near me on the lovely floating dungheap that is Quantas.

From a non food perspective , though, Australia is hard to beat as a destination and Australians hard to beat for their generosity of spirit. As the first major trip for EAT MY GLOBE, it will be hard to beat full stop.
Posted by Hermano 2 at 2:14 AM