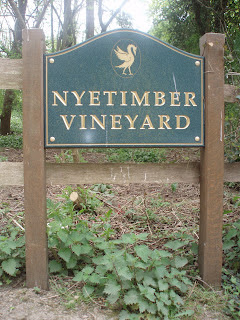 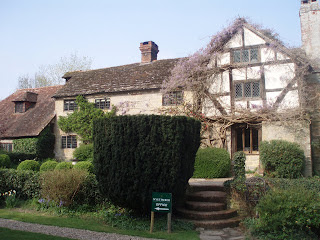 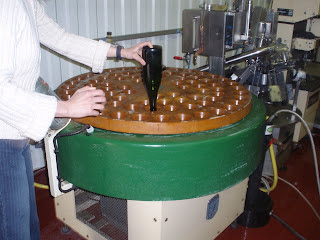 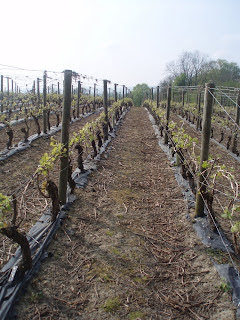 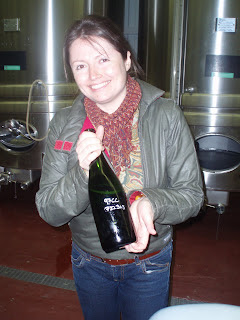 NYETIMBER: FIZZING DOWN TO SUSSEX
A Dutchman and a Canadian go into a bar and ask for a glass of English sparkling wine.

It sounds like the beginning of a joke and, in years past it may well have been. However, if Eric Hareema and his team at Nyetimber have their way then Nyetimber’s Classic Cuvee will appear as regularly on any celebratory table as any Champagne. For Eric has plans. Big Plans.

But, Nyetimber has always been leading from the front and its aim not to produce a great English wine but a great wine full stop has paid dividends as their wines collect awards by the armful including the prestigious IWSC best Sparkling Wine in the World (outside Champagne) for its elegant 1993 Classic Cuvee.

However, with success comes problems. Good problems but ones that need dealing with nevertheless. They simply can’t make enough of the stuff and this is where Eric and his big plans come in.

Nyetimber is situated down in West Sussex about an hour’s journey from Victoria Station and, after swapping a few e-mails with Eric’s inordinately helpful P.A, Sue, I arrived as requested a little before 10am.

It is a glorious location and the offices are based in a stunning Elizabethan mansion on a site that dates back to The Doomsday Book. The offices look out over a small pond and towards a smaller vineyard. A truly lovely place to work.

First port of call, the vineyards themselves with Vineyard Manager, Paul Woodrow-Hill as guide. He is unusual in the English Wine business as he is entirely homegrown and has always worked in this country, if only a recent arrival at Nyetimber.

The soil, he explained was a mix of greensand and chalk which gave it a composition very similar to that in champagne and allowed them to grow the three grapes of the classic cuvee, Chardonnay, Pinot Noir and Pinot Meunier. Initially Nyetimber planted about 14 hectares. But, Eric’s plans for expansion mean that they are buying up local land and plan to increase this to around 60 hectares. This will be the biggest planting of its type in the history of English wine and will take their capacity from 50,000 bottles a year to 500,000 bottles a year in 5 years.


This will please their new Sales Director, Nina who accompanied me on my tour a great deal. It was her first week too and most of it had been spent telling customers that they were having to reduce their allocation as they simply did not have enough supply to meet demand. Much as I like the idea of telling supermarkets to “bugger off” it is probably not the best formula for a sound business plan, eh?

With expansion often comes a decline in quality and a level consistency that equates to mediocrity. Eric is determined not to let this happen and my next stop on the tour was further evidence of this. Husband and wife team, Cherie and Brad Spriggs are winemakers of note having studied at Adelaide University and worked around the world. Nyetimber was listed as one of her dream jobs and a letter on spec to Eric early in 2007 saw them up sticks and move from the West Coast of the USA to leafy West Sussex to reinvigorate Nyetimber’s winemaking.


Not that she will be able to taste the fruits of her labours for some time yet as Nyetimber is stored for up to six years before release.

As I entered the small winemaking unit, the first thing Cherie did was offer me a glass of the 1997 Blanc de Blanc made entirely from Chardonnay. Dry with quite high acidity and a lot of length, it represents all the qualities that put Nyetimber high up on my list of places to visit.

As I sipped on my glass, I got a tour of the facilities. It is tiny and will scarcely be able to cope with the planned expansion, so a major new plant is planned a short way down the road which will also alleviate the hippity-hopping of annoyed neighbours who are up in arms about heavy trucks bundling along small country lanes.

Nyetimber Classic Cuvee is made in the traditional Champagnoise way with grapes being brought in to the press in small batches to avoid damage and, therefore, too much contact between juice and skins. After fermentation, it is bottles and left with its standard amount of sugar and yeast in the bottle for 5 years with the turning of the bottles every seven days being one of the few mechanical parts of the process.

After disgorging, the bottles are left to settle further for up to six months before labelling and release. Simple, no?

Well, obviously, no. While the process is straightforward, there is much that can and does go wrong and the skill of the winemaker is to create a blend that while definitely recognisable as being from that particular vineyard has characteristics unique to the particular vintage. I suspect it is going to be in very good hands with Cherie.

Given the plans for growth, the small scale if well made machinery she currently has to play with is simply not going to be up to the task. So, Cherie had to leave me to rush off to a conference and exhibition in Germany to consider possible purchase options.

That left me time to meet with Eric himself.


As affable a man as you are likely to meet, Eric Hareema carries the weight of Nyetimber’s future lightly but with extreme passion and the dedication to quality that is becoming a feature of EAT MY GLOBE even at this early stage of the journey.

His background is not in wine. He is, as the name, and his accent, suggests, Dutch and spent his earlier career as a lawyer and an asset manager.

Financial success gave him the opportunity to move him and his family to England, a country they loved visiting and, after a short time in London, they bought 14 acres of land in West Sussex which, for want of anything more suitable, he turned to vineyards.

If you have been reading carefully above, you will know by now that Eric doesn’t do anything by halves and, what was a hobby became a serious business as he looked to buy more land and, possibly an ongoing business.

It gets a little weird here as Nyetimber, at this time, was owned by Songrwriter, Andy Hill, creator of Bucks Fizz and that scary Eurovision winner “Making Your Mind up” and a host of other hit songs. He sold the business to Eric for what Decanter called “ the biggest ever single investment in the English wine industry” at a reported £7.5million. Pretty impressive stuff.

Despite the big figures and big plans, Eric remains extraordinarily down to earth and approachable and spent a good chunk of his time with me before giving me both a tour and a bottle of the 2000 CC to take away with me.

For those of you who have not tried it, Nyetimber is a wine of great depth and Eric is keen not only for it to compete with Champagnes, many of which it could knock into a cocked hat, but to be drunk throughout a meal as its many qualities compliment a wide range of food. I fully intend to put that to the test with the bottle he kindly gave me.

I shall be visiting many vineyards as I EAT MY GLOBE, I am sure. But, it seems only fitting that, as I am touring the UK first, I should visit Nyetimber before any of them. The makers not of a great English wine but a great wine full stop.

Simon, have you fallen into a well? A vat of curds? Are you okay?